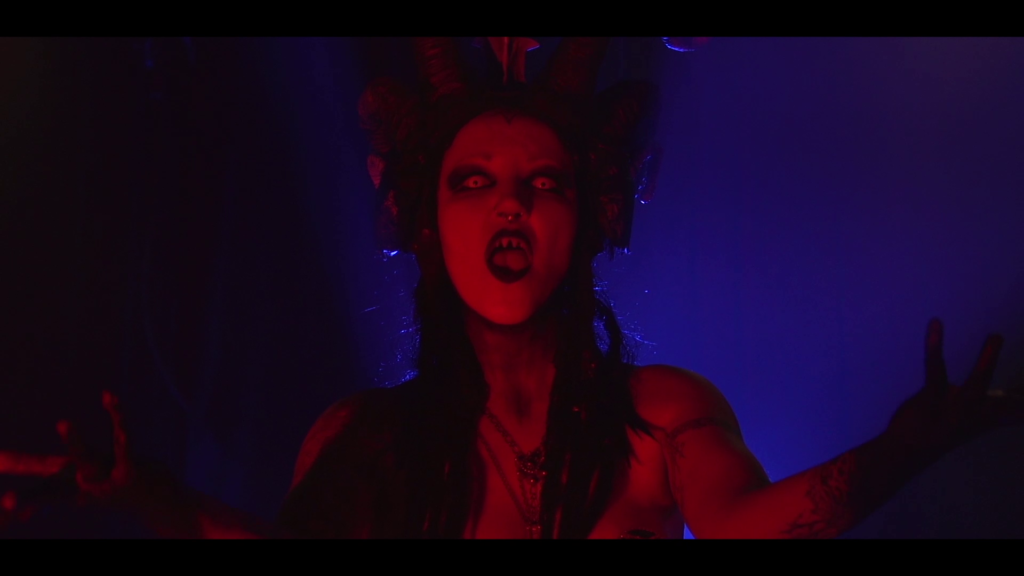 Music Video Released for the New Single “THE WITCH” from RATS & RAVENS, the Next Chapter in the new horror story by FROM HELL​

Posted in FROM HELL

Music Video Released for the New Single “THE WITCH” from RATS & RAVENS, the Next Chapter in the new horror story by FROM HELL​

FROM HELL has returned in 2020 with a new album called RATS & RAVENS, album both dark and sinister.

A new music video for the single “THE WITCH” premiered online at Decibel Magazine on June 23, 2020, from the album RATS & RAVENS available now in stores and online! The video is now available to you at www.scourgerecords.com

“A father disturbs an evil in the east. A witch comes to steal his son and the children of the village to make them her own. She sacrifices them and reanimates the dead with the blessings from the god of vermin. With rats, she brings them back to life and calls them Lilium.”

RATS & RAVENS has been receiving a great response from fans and media, with Bravewords calling the album “A thoroughly ‘hellish’ offering” and “a 55 minute descent into madness,” and writes that “From Hell has composed a filthy horror metal album, don’t be afraid to enter the fires of damnation!” The Headbanging Moose says, “This is how heavy music should always sound. Heavy, dark, intricate and above all that, absolutely evil.” That Drummer Guy writes, “This ten-track album showcases this band’s great guitar work, driving drum beats, thumping bass lines and powerful vocals,” and Soil Chronicles says, “Rats and Ravens is full of arrangements and atmospheres that make the listener uncomfortable: if the goal was to give us the impression of watching a scary horror film, it is successful!”

RATS & RAVENS features Aleister Sinn on vocals and guitar, Wes Anderson on drums, Stephen Paul Goodwin on bass and Steve Smyth on lead guitar. As the band rehearsed the songs with Sinn, the richness of what Wes, Steve, and Stephen brought to the material from their varied backgrounds of musical experience added a depth to each song that was later realized in the final recordings.

FROM HELL recorded the album with Greg Wilkinson (High on Fire, Necrot, Autopsy) at Earhammer Studio in Oakland, CA. Sinn says, “When we returned from tour in Russia 2017, we recorded two new songs with Greg and we really liked working with Greg and what we heard. He records bands in a more natural way than many metal engineers and producers and doesn’t rely on sound replacement, but captures great tones to start with and the final mixes of our album came out very natural sounding, heavy and produced, but not over-produced. I personally am pleased.” Mastering was handled by Maor Appelbaum (Faith No More, Annhilator, Cynic) at MaorAppelbaum Mastering in Los Angeles.

RATS & RAVENS is the follow up to the first FROM HELL album Ascent From Hell, which is as heavy as it is epic. The album tells a horror story about a corpse that wakes up in Hell only to find he must go back to earth, recover his soul that still lives inside another body and drag it back to Hell. Ascent From Hell featured metal icons Paul Bostaph, Steve Smyth, and Damien Sisson.

To order RATS & RAVENS on iTunes and other digital retailers please visit:  www.scourgerecords.com https://smarturl.it/FromHellRatsRavens or https://thisbandisfromhell.bandcamp.com

To watch the music video for “They Come At Night” please visit:
https://www.youtube.com/watch?v=qTs2X_JxMJ8